The Village of Glenwillow is conveniently located in the south eastern portion of Cuyahoga County with easy access to Cleveland and Akron. Glenwillow is  two miles of I-480, I-271, S.R. 422, S.R. 82, S.R. 91 and S.R. 14. The Ohio Turnpike is south of Glenwillow (approximately 8 miles).

Transportation to and from the Village of Glenwillow can be easily accomplished by a variety of means.

Public transportation is serviced by the Regional Transit Authority (RTA). The RTA has over 2,000 employees, serves all 59 municipalities in Cuyahoga County with combined service of bus, rapid transit lines, and Paratransit. 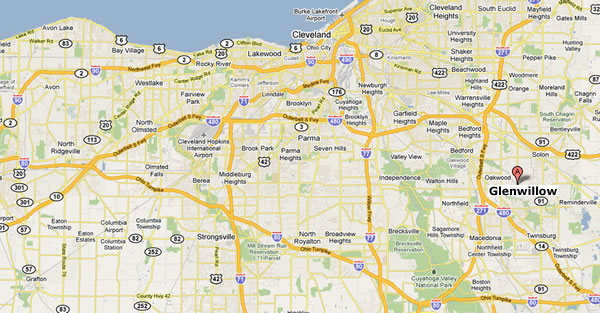